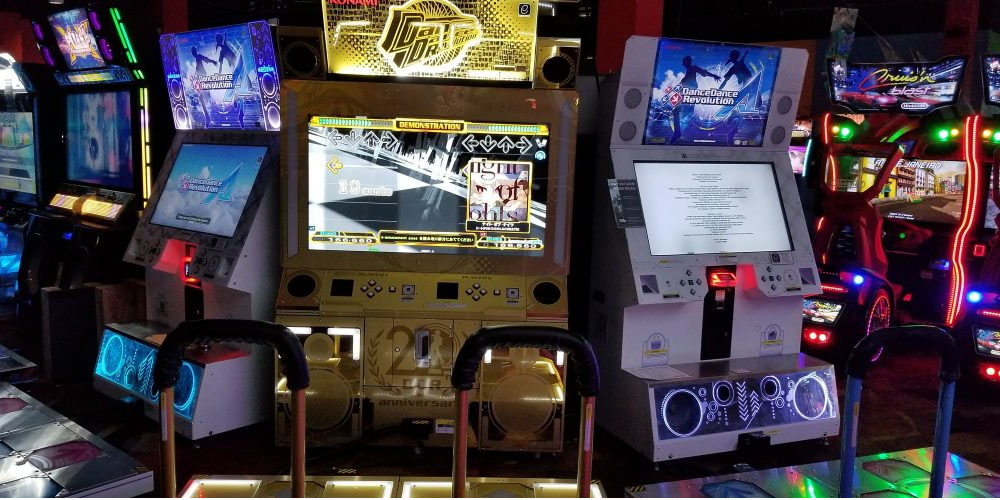 Before the revolution of online games, there were a lot of fun childhood games that many people experienced. Many of these games’ hype died out but returned in recent modern times. Abbreviated as DDR, Dance Dance Revolution is a popular game introduced in Japan in the late 90s.

The hype and popularity of the game died in the 2000s but resurfaced later. For many people in first-world countries, a ddr machine has a lot of nostalgia and was a fun time for them.

After its invention in Japan in 1996, ddr machines spread to large parts of Europe and America and were in many arcade spots. During this time, it grew a very loyal and amazing fanbase that exists to this day. The game is more popular in America, with approximately 50 versions. DDR’s latest version was released in March of 2022.

How To Play DDR in Arcades

Since the game is still in existence to date, there are a few steps to follow for you to play it properly. It can be found in some arcades and game consoles. The game, however, is more of a fun aspect than accurately winning something.

Although this is a minor step, it is important to help you pay properly. The game charges some money for you to play; hence you should know how much the particular one you want to play costs. Additionally, you should know how long one session takes, and some of the dance moves involved.

2. Interact with The Machine

After familiarizing yourself with the tools, you can start the machine. The game has a lot of parts that are labeled and can be easily found. You can interact with the game and know what particular buttons do. You should have the specific money required in the arcade to start playing. At this stage, choose the mode you want and start playing.

The best part about this game is, of course, the song. You get to select good music to bust your dance moves. One game session has up to 3 types of songs, and your dance scores are recorded.

The game will provide pattern movement for you to follow. The moves can be quite complicated depending on your chosen difficulty level. You should select a beginner’s level when familiarizing yourself with the game. You can change the deck as you go on and are sure that you know all the elements of the game.

DDR machines have in the past received a lot of backlashes because they are supposedly branding games as working out or exercises. Many believe that games should be fun activities and should not be branded as aerobic exercises.

The modern world has a lot of games, most of which are online. Although arcade games are slowly dying out, ddr machine arcade is an interesting, enjoyable game you need to try. It is one of the few games that give a certain boost of energy as it involves a lot of dancing. Many people still enjoy it to date, and it is worth a try.

All You Need to Know About DDR Machines

How Caliburn AK2 Is Different from Other POD Systems?

What Features Make You Buy Bundles With Closure